Home » Blog
The blogs are for reporting or discussing something or some subject.

As distinguished from our forums which are for family history enquiries and responses as now, where people are looking for someone or something and the journal which is for longer well researched articles usually, but not exclusively, of a historical or genealogical nature.

This page lists all blogs in date order. The links to the left allow you to see the blogs categorised by subject matter.  To add Comments click on the Category and then on the title to the blog you wish to contribute to.

In order to post you must be logged in.  This is necessary to avoid spam type attacks on site.

Sydney had its area with a high concentration of Irish families in the 1920s. The area was borderline "Ghetto". Historians might challenge this observation  because Irish had arrived since 1788 and they were also sprinkled around Sydney generally, many families having integrated with the Anglo Communities. These Inner Sydney suburbs were Surry Hills, Wooloomooloo and Paddington, My Irish Donohoe family lived there 1880 to 1900.

Author Ruth Park wrote at least two novels on the subject. These are great stories. Movies have been made based on these books. The DVDs are available on the Internet. The books are titled "The Harp in the South" and "Poor Man's Orange".

The books focuses on a family living in the area amid a low class social environment. These areas embraced the Sydney red light district and the family interacts with the Madam, sly grog (moonshine?) business, cheap gangsters and stand-over men whilst on the positive side abides with the local Clergy amidst the Church society.

A biography of one of the Irish Madams, insinuated in these books, Kate Leigh nee Beahan, is sited on the Internet, https://en.wikipedia.org/wiki/Kate_Leigh

I actually met Kate just before she died. It was a very unpleasant experience.

I also lived near the country town of Boorowa about ten years ago. That was an Irish town. The population is less than 2,000 people. It has a beautiful Catholic Church with the most stunning Altar and Sanctuary made of Italian marble. There is a local quote about a Nun travelling through the United States who was asked if she had been to Rome. She answered "No, but I have been to Boorowa". My Donohoe prospected for gold there in the 1880s. My great-grandfather fashioned his bride's wedding ring from Boorowa gold. I have it.
August/September snippet: Irish Ghettos, where did the Irish settle in large numbers in your hometown? Response Five: Portland, Maine Irish

In Portland Maine there was a very large community in Portland's West End.  St. Dominic's church was at the center of the community and although it isn't a church  but  now  the Maine Irish Heritage Center, there still remains a large number of Irish families in and around that area.   Most, but not all, of the Irish who came to Portland came from the Galway /Connemara/Aran Islands region.

Philadelphia has one of the largest populations of Americans of Irish descent - it was at 14% last figures I read in a reliable documented article.  There are still "ghettos" of Irish-descent in South Philadelphia, Kensington and Southwest Phila  along with a lot of areas of Delaware County (one of the 5 counties in this corner of the state and contiguous with the city on that side of the city.

Going back 70-80 years, the irish settled in West Philadelphia and many of those folks, when they made enough to move out, moved to Delaware County.  There were also communities in South Phila (a lot of whom upped and moved to South Jersey in the 60's and 70's.  And those in Kensinglon and Port Richmond (towns that go absorbed into Phila and became neighborhoods) moved further north or northeast into the undeveloped northeast of the city during the same times frame.

There's a huge article on Wikipedia about the Irish in philadelphia which is much more detailed if you or anyone else is interested..  Here is the link.

February snippet How the Famine affected my family’ Case 4

Carol Hurley Law, responding to ‘How the Famine affected my family’ tells us the story of her Kerry/Cork families settled on Irish Mountain in West Virginia.
This was so extensive I felt it should be given the length of a journal article and with full picture content.

August/September snippet: Irish Ghettos, where did the Irish settle in large numbers in your hometown? Response Two: Connemara Patch

Thomas Witte, responding to ‘Irish Ghettos, where did the Irish settle in large numbers in your hometown?’ introduces us to some Connemara Irish who settled in an area of St Paul Minnesota which became known as Connemara Patch.
This was so extensive I felt it should be given the length of a journal article and with full picture content.

August/September snippet: Irish Ghettos, where did the Irish settle in large numbers in your hometown? Response One: Irish Ghettos in Chicago

My g-grandfather, Patrick O'Donoghue immigrated to Chicago with his wife, Mary Kelly in the 1850s. He joined his brother, Michael and his wife, Catherine Harty.  They settled in a heavily Irish neighborhood 3 miles south of downtown. Over the years, this neighborhood was called "Hard Scrabble," then "Cabbagetown" and finally, Bridgeport.

Work digging a canal was plentiful for men with strong backs; one brother was a laborer, the other was a teamster. St Bridget's church opened about the time Patrick arrived and with it came a school. Though conditions were better than they were in Ireland, this ghetto was tough. Here's a quote that appeared in a Chicago newspaper in 1867:

“...in 1867 Chicago’s captains of industry called in the state’s militia to repress Irish strikers in Bridgeport, a suburb dominated by packing houses, rolling mills and workers’ shanties. In short, as one outraged immigrant declared,  the life of an Irish laborer in mid-century America was often “despicable, humiliating, (and) slavish”… there “was no love lost for him - no protection of life- (he) can be shot down, run through, kicked, cuffed, spat on -- and no redress, but the response: served the damn son of an Irish _____ right, damn him.”

Recently I was engaged in a conversation with my wife (Colleen Donahue Witte} that started me thinking of things that had happened when we lived Duluth, MN and of dying and of graveyards.

We had bought a home on London Road in a lovely area across from Lake Superior. While we lived there we enjoyed walking along the Lake Superior shore. Very near our home was a small lovely looking cemetery situated on a slope gently leading down to a small cliff overlooking Lake Superior. We very often walked by it and at times would walk through it.

When we bought our house, the intention was to remain there for the rest of our days. I remember that I would joke that the only future move that I was going to make would just be across London Rd and down a couple of blocks. I of course was referring to the cemetery.

I remember that we wondered if burial plots were available in the nice little cemetery. I did some checking at a local funeral home and found that it was the oldest cemetery in Duluth. Further I found that lots were available and who I could contact. My wife and I talked it over and thought in the interest of planning ahead that we should look into the matter. I called the contact person and made an appointment to see what was available and the cost etc.

The man showed us four available plots and left us to consider what we would do.

I told my wife that she could choose which two to take. I recall how she would walk back and forth between the two sites which were separated by some distance. I would follow. She would ask questions such as “at which end of the site will our heads be.” She would then think some more and say something like, “This site doesn’t have as good of a view of the lake, or this one is further

away.” or “This would be the best if we could be sure that our heads would be on this end”. And on it went for about three quarters of an hour. She thought and pondered and walked and pondered and thought. Suddenly she said abruptly, “I don’t like this place!! I don’t want to be buried here!!!” I remember laughing because I knew now as then, that it was the thought of being buried that had suddenly gotten to her. I knew then that it would be best not to take her grave hunting anymore. Someone else would have to tend to that matter.

I had really wanted to get a place there and at that time was a little angry about her ways. But later I thought it was just as well because we left London Rd and moved far away. Besides the site I wanted probably required your head to be on the wrong end and “I wouldn’t get a good view of the lake”!!!. 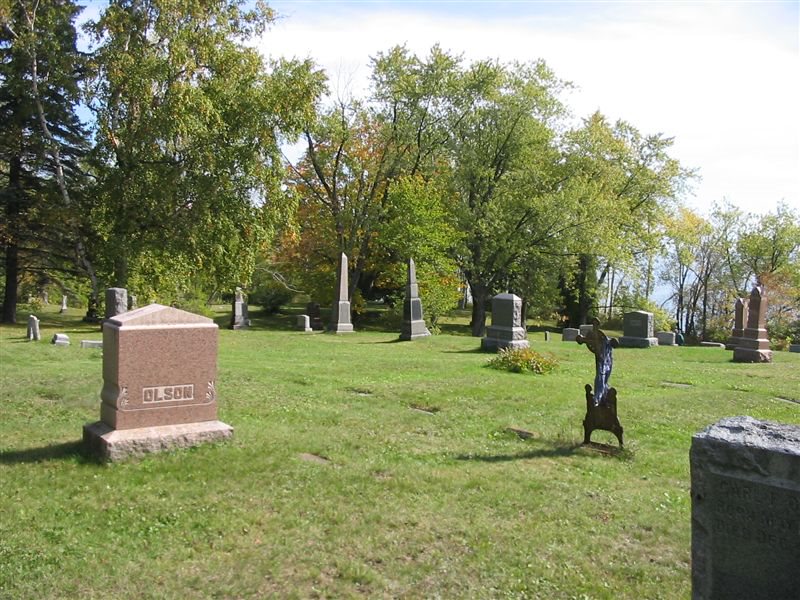 Funny family story - passed down from my Aunt. I have not researched my family at all - no time! - so can't provide the detail you may require. However, I have no reason to disbelieve my Aunt!

My great grandfather O'Donoghue was the son of a local squire in the Kilkenny area. He eloped with one of the household maids to London and set up an antiques shop in Brompton Road. He was cut off without a penny and eventually abandoned his wife and children (one of whom, my grandfather, contributed to the household coffers by delivering papers from the age of six and lost part of his ear to frostbite in the process). She struggled on with the shop alone for a while and during that time she, in common with other local businesses, was approached by a businessman who was intending to form a limited company and transform the small department store he had just bought into what he apparently described as a Magnificent Emporium. He asked if she would like to buy some shares in his expanding business venture.  She apparently pooh-poohed the idea, saying, "what do I want with pieces of paper?"  What was the store called? Harrods. Aaaaaaaaaaaaaaaaargh.
February snippet - How the Famine affected my family - Case Four

Reference Case Two.  I do not know by whom this was submitted

I, too, have an Irish maternal grandmother's maternal grandmother, pop up in Canada, amid all the French Canadians. The priest recorded the marriage record in English, but did give the bride's parents' full names & county of origin in Ireland. I am not sure if Eliza was born in Canada or Ireland, since she claims both on different censuses. I am trying to separate all the Donohoes & Murphys in the area into family groups, but I still don't know if she was alone in Canada or when she came over. Her husband is usually known as Pierre Marleau or Peter Marlow. KMC

of Montreal on the one part, and Elizabeth Donohoe of this

Donohoe and Elizabeth Murphy of the County of Carlow, Ireland,

on the other part, by His Lordship the Bishop of Bytown [now

Ottawa - KMC], and no impediment having been discovered, I

have received their mutual consent of marriage, in the presence

Louis Biva [or Riva?? -KMC] and Elizabeth Sullivan, who, as well

"In every generation, only one son will have a son who will carry on the family name."